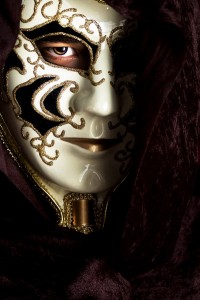 He was finally bored that morning in September, and what he did he would later blame on the confluence of things. Mercury in retrograde, for one, although he did not exactly believe in horoscopes, unless it meant the stars aligning for good fortune, preferably in shoes or jewelry. Then there was, for another, the restless claustrophobia of the quarantined.

This was exactly fourteen days to the date of Paulie’s arrival in Iowa City—all of two weeks since he had come bearing three pieces of luggage that screamed hot pink, flipped his long black hair with his perfectly manicured fingernails as he surveyed his own anticipation for this welcome change of place, then proclaimed the entire idea of autumn in the university town as nothing short of “fabulous.” Fabulous. That was his word for all good things. He was properly dressed for the utterance, with none of that generic travel garb he abhorred in people with lesser sartorial imagination: his five-foot-six frame on the right side of lean was clad in a Donna Karan ensemble in chocolate brown, punctuated with Jimmy Choo snakeskin sandals chosen for their casual elegance as well as for the demands of heightened airport security. The trip all the way from the Philippines—except for the hellishness of its seeming perpetuity—was almost a breeze, except for one tiny bump: those eyebrows he raised at immigration, in Detroit, which was nevertheless something he completely expected, when he was asked upon presenting his travel documents: “You are Paul Andrew Segunda?”