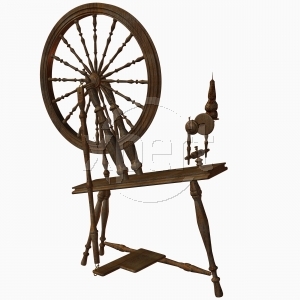 There he was, her cat, Tybalt. Large enough to use as a muffler on cold days, but strong and mean enough to put real fear into a kennel full of wolf hounds. He was a black cat, all muscle and bone, yet lean and sleek. He looked at her with his golden eyes in the same way he always did, except that now he was doing so standing on his hind legs with his forelimbs akimbo.

“Talk, and read minds too,” she said. “Tybalt, dear, I do believe I’m dreaming!”

“I always knew you had a keen mind!” he said. “Look behind you.”

She turned and saw herself lying prone on the floor. Beside her, curled up into a ball of black, was Tybalt.

“Tybalt, I don’t understand. What’s happening?” she said, fighting to keep the panic in her stomach from erupting into a scream.

“What needs to happen, Princess.”

The cat walked up to her and made an elegant and graceful bow.

“But first, the formalities,” the cat said. “I, Tybalt the Eternal, Prince of All Cats, do hereby pledge my life to your protection and well-being for the duration of your education, and ever after.”

“Education? I thought I was already getting an education from old Master LeWaine.”

“I think you’d better sit down,” the cat replied, indicating the stool by the spinning wheel. “Don’t worry, the dream of the stool will hold you up just as well as the real one can.”

“The dream of the stool?” she repeated as she sat down, but not before prodding the stool with an uninjured finger. The stool seemed solid enough.

“We are all dreaming,” the cat began simply. “Everyone and everything in the kingdom is dreaming—and I do mean everything, non-living things included. Such is the magnitude of the spell cast upon us.”

Her incredulity increased as Tybalt recounted how her parents had offended the Black Fairy by not inviting her to be one of the godmothers at her christening when she was a baby. She had been incensed, and paid back the insult by prophesying the baby’s death on the day she would prick her finger on a spinning-wheel spindle just after her eighteenth birthday.

“Well, I did prick myself, but…I’m not dead. At least I don’t think so,” she interrupted. “You said I was dreaming.”

“I’m coming to that,” the cat replied. “Fortunately for you, the Blue Fairy had not yet given you her gift, so with her magic she commuted the Black Fairy’s prophecy, turning your impending death into a deep enchanted sleep, which the entire kingdom now shares with you.

“All it takes to break the spell is True Love’s kiss,” the cat concluded.

“And when is that supposed happen?” she asked, one eyebrow raised. There seemed to be no hint of True Love from any of the young princes who had attended her debutante’s ball the night before. She had seen plenty of Naked Greed and Raw Lust, though.

The cat seemed to be steeling himself.

“Not any time soon,” he finally let himself say. “In fact, give yourself a hundred years or so.”

“A hundred years!” She raised her voice in spite of herself. “My body will have turned to dust in a hundred years! And if I’m really dreaming right now, I’d go mad from boredom before the time is up! Oh, Tybalt, this is awful! Better that I should have died!”

The cat leapt onto her lap and allowed her to take comfort in hugging him. He purred back to console her.

“Take comfort princess,” he said between purrs. “The Blue Fairy’s enchanted sleep ensures that no one is ravaged by time. And there is more to know. Listen to the story behind the story.”

She wiped away her tears. Tybalt noted with approval that she didn’t sob or go into hysterics—much.

“This had better be good,” she said grimly.

The cat told her of an ancient Prophecy that foretold the rise of a great Queen, one who would rule her land with grace, wisdom, justice, compassion, and all the other virtues that royal subjects don’t really care for themselves personally but would really, really like to see in their rulers. What was more, this Queen would be the mother and teacher of all the succeeding great rulers of all the lands, ushering in a golden age where the leaders were wise and just, knights were strong and virtuous, and the common folk productive and content.

“It just so happens that this Prophecy is all about you,” the cat said.

“So much for the Prophecy,” she countered. “There’s no way I’m going to be a mother, not hidden away in my secret place.”

“I’m afraid there’s more to it than that,” the cat said. “Look out the window.”

Her secret hideaway happened to be one of the upper rooms of the highest tower in the castle. Looking out afforded her a view of the entire palace and large swaths of the kingdom.

“Everything is overgrown with brambles!” she said in wonder and exasperation.

“It’s part of the enchantment,” the cat said. “Those magical brambles are impenetrable.”

“And how is that a good thing?”

“The brambles prevent the minions of the Black Fairy from waltzing back in here to search for you. No one can cut through them before the Proper Time.”

“And what does ‘before the Proper Time’ mean, exactly?” she asked.

“The Proper Time will have come,” the cat replied, “when you become that wise and wonderful Queen of the Prophecy.”

“How will that happen?”

“That’s where I come in. I will see to your education. And that you don’t get too bored.”

She tried to keep from laughing out loud.

“Tybalt, you are sweet and adorable, but I can’t bring myself to take seriously the idea of a cat giving me lectures.”

“Ah, that’s the beauty of this enchantment, princess,” the cat replied, unperturbed. “I won’t need to lecture you. I’ll be able to ‘show you’ instead of ‘tell you’. Together, we will visit the dreams of your kingdom.”

“And that will make me wise, just, and all that?”

“You already possess the raw materials, Princess. All you need is shaping and polishing. The wise rule of a kingdom is a dream shared by all, except that each person cherishes a different version of that dream. Understand the dream each of your subjects values and they will follow you. Belittle those dreams and you make yourself their enemy. Do you understand?”

Surprised at the gravity of Tybalt’s tone, she could only nod.

“Good. Let’s begin then,” the cat said, and led the way out of the tower. She hesitated, then followed.

It was amazing how quickly the years passed. She and Tybalt visited each dream in the kingdom and she learned a bit here and a bit there and all those little bits added up to Deep Knowledge. Because she carefully considered and examined each dream and sought how everything fit together, she also gained Profound Wisdom. With that came the discovery that she could now read hearts and minds.

Then, one day, there was nothing more for her to learn. The Proper Time had come.

She and Tybalt oohed and aahed as the young Prince Dashing battled and killed the dragon that guarded the Bramblewood and which was, in truth, the Black Fairy transformed. They cheered as he soaked his blade in the creature’s blood, making it sharper than ever.

“Nice form,” commented Tybalt as they watched him hack a path through the brambles.

“And he handles his sword pretty well too,” she added.

“You really think so, Tybalt?”

“You’ve learned to read hearts and minds. You’ll know. But remember, he’s still a man, so expect True Love to be mixed with liberal doses of Raw Lust as well. Can’t be helped.”

“Could be fun,” she said, but bit her lower lip, unsure. One hundred years of living in a dream was a long time to be separated from the sensations of the body…

…so unfortunately, Tybalt’s warning didn’t prevent her from slapping Prince Dashing after he kissed her. But that didn’t stop the two of them from breaking the spell, getting married, and making the ancient Prophecy come true. She became a great Queen who ruled the land with grace, wisdom, justice, and compassion. She spun a mighty loom too, and made weaving required instruction for all her subjects. Her country became rich exporting thread and cloth far and wide.

True to his promise, Tybalt the Eternal, Prince of All Cats, watched over her ever after. He never spoke again except maybe in her dreams, but no one knew for certain if he truly did, and the Queen never told.

Adrian took up Philosophy at the Ateneo de Manila with the express purpose of learning how to write stuff that is worth reading again and again. He hopes to do that someday when he grows up. He currently spends his time teaching Europeans how to speak English. He spends a lot of time taking notes and building rule systems for table top pen and paper role playing games.

The above illustration is from here.