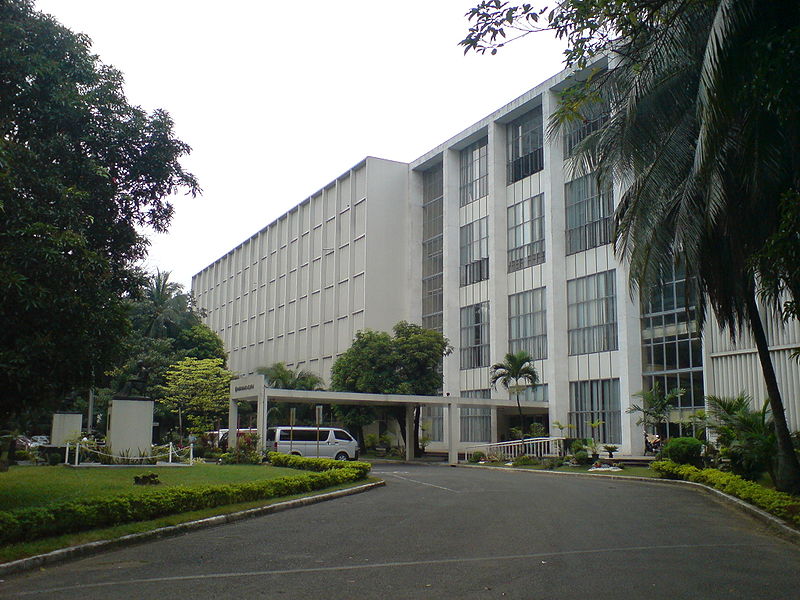 She did not use to eat paper all the time. At eleven, she passed for a normal kid—shy/pallid/awkward like all the others. By nineteen, she had blossomed into a fresh-faced girl with too few secrets and too many dimples. Five years after, she found herself collections assistant at the National Library, and nine years later, head librarian. She did not even begin the habit then but only several months later. She had been looking for a particular novel to put on hold—Fitzgerald’s Great Gatsby—when she came across a stack of unsorted books on the PS section’s bottom shelf. She had paused to pick it up and carry it back with her when a stray page from Gatsby flew from between its covers. Balancing the stack on her knees, she grabbed it and held it between her lips, leaving both hands free to struggle with the books. Back at her desk, she intended to return the wayward page to its proper place, but by then it had already vanished.

The next morning, it happened again. She had been filling out a time record for a new employee when a patron called to inquire after some books. The librarian caught the index card in her mouth as she scribbled down titles, receiver pressed between shoulder and ear. By the time she put it down, the card had disappeared, and she was aware of a sudden dryness in her throat.

It did not take much longer after that. She experimented with sizes/types/colors but found that she liked book pages the best. And so she began with flyleaves. She knew nobody would miss them. She eased her way into a rhythm, of nibbling/chewing/biting, in between sorting new acquisitions and restocking borrowed books. For a while she tasted nothing of ink except the dingbats. In several months she went through A–Z of all the library’s collections, discovering many misplaced volumes along the way and receiving praise from the director for her inordinate persistence. She smiled, but even then she knew she had not done enough. She wanted more. She dug up old files—request forms/time cards/permissions slips/library cards. She ate her way through all of them, and then one day found that she had nothing left to feed on except dull newsprint. She made an effort to slow things down. She rationed her supply, told herself ten pages should suffice for a day. But it wasn’t. Her resources continued to dwindle, and still she found herself wanting more.

By the time she started on printed pages, eating paper for her had evolved from a simple matter of consumption into an art. She no longer fed at random. She opened books/scanned paragraphs/chose sections. Sometimes it took her as long as three hours to find a page worthy of ingestion. She digested them words-first: she would read/reread before finding satisfaction and swallowing. She found that different authors tasted differently. Vonnegut: uneven/escalating/makes you wait for the kick. Nin: wet/flavorful/surprising. Saramago: extended/difficult to digest. Hemingway: clean/turns the stomach. Murakami: bland/rough/takes time to chew. Achebe: even blander/with an exotic aftertaste. (Once she nibbled on a paperback inside a bookstore. It didn’t taste the same.) She told everybody she spent her time rechecking inventory, making sure everything worked well with the new automated system. Nobody doubted the librarian. She was the best they’d ever had.

After some time readers started complaining of missing pages. The director ordered a fumigation of the entire library. At first they thought that had done it. For weeks they scoured the halls for pests, recalled damaged books, acquired replacements. Everyone grew busy. The librarian kept a low profile. She forced herself to endure a daily sustenance of newsprint, but that did little to satisfy her. She pined for Austen, Süskind, Ishiguro–for Proust, especially. His books had a taste she could not identify. Soon she was back at her old habit, and things went smoothly for a while until someone discovered the copy of Anna Karenina she had half-eaten through (she could not help herself, it had tasted like home). The staff rose in uproar. Subscriptions dwindled. The director berated them for their ineptitude. The librarian shrank away.

The cameras came later. Video security was a new thing at the time, and the director wanted to be the first at everything, so he had the equipment installed quickly. After that, it did not take them long to find out. They changed tapes several times to confirm. On a black-and-white screen they observed the librarian at work for hours every day that past week. They watched her read/reread/tear/nibble/bite/chew/gulp down page after page after page. She worked with mechanical movements, as if her actions were merely routine, part of the job. Once she looked up at the camera and flashed them an awkward grin, as if aware that she had been caught in the act. Her smile appeared lopsided, the ink had blackened her teeth.

She had already escaped by the time the authorities secured a warrant. She left everything—clothes, shoes, wallet, cellphone, cat. From the looks of her apartment, it seemed as if she had fled only moments before. On her bed they found an empty cash box. Under it they discovered paperbacks, magazines, old newspapers. Most of the books were her own. Between their covers not a single page had been touched. They collected the few ones she had taken home from work and returned them to the library. They didn’t take away anything else. The police left the apartment shaking their heads.

If they had thought to come back a few weeks later, they would have discovered in the closet a figure with wiry hair, an emaciated body, and ink-blackened nails. It would have been wearing a uniform, complete with a name tag, and if they looked closely they would have seen that the writing on the tag had been licked off. Around it they would have found the library’s six volumes of Proust’s In Search of Lost Time, mutilated almost beyond recognition. In between its bony fingers they would have found volume seven.

Michelle T. Tan has been published in the Philippines Free Press and was a fellow to the Ateneo National Writers Workshop, IYAS National Creative Writing Workshop, and the Iligan National Writers Workshop. A recent college graduate, she sustains herself mostly with food but cannot deny gorging on film and paper between meals. You can read what she has to say about what all this tastes like at michreviewstheworld.wordpress.com. This story first appeared in Heights, an Ateneo literary publication.

The above image of the facade of The National Library of the Philippines is from here.

3 thoughts on “The Librarian”